5 of The Most Iconic Movie Cars of all Time 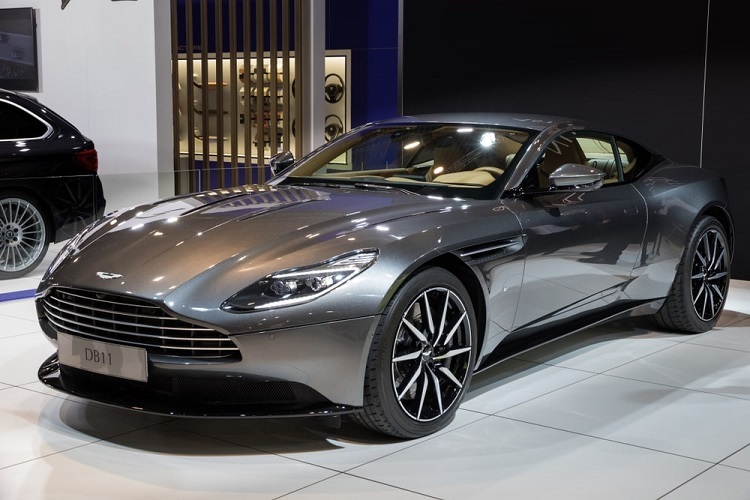 Over the years cars have played an important part in many of the most famous movies of all time, in fact, in some cases, you could argue that the car was the star of the show. Now, most of these cars are probably out of the reach of the run of the mill moviegoer. In fact, most of us would probably struggle to afford to replace the clutch on an Audi R8 never mind the cost of the R8 Spyder featured in Iron Man 2 that would cost around £120,000. However, that doesn’t stop us from dreaming what it would be like to cruise around the streets in one of these iconic motors. So, we thought we would have a bit of fun and have a look at some of the most famous movie cars of all time. Now we are aware the choices are subjective as people will always have their favourites, listed below are some of ours.

As driven by the irrepressible Sean Connery when starring James Bond in Goldfinger the DB5 was designed for the spy who needs everything, from built-in machine guns to an ejector seat. It could be argued that the DB5 was the forerunner when it came to movie supercars. With a style and mystique, it was the perfect vehicle for the worlds most famous spy and his bond girl.

Now when it comes to cars being the star of the movie then the DeLorean is probably the one although maybe Michael J Fox wouldn’t agree with you. The time-travelling supercar took a starring role in all three of the Back to The Future films helping Marty McFly go backwards and forward through time even making an appearance in the Wild West. To buy one of these motors would cost you around £30,000 although you would have to fit your own flux capacitor.

Coming in at an eye-watering approximate price of $10.9 million this is the most expensive car on our list. Made famous in the film Ferris Buellers day off where Ferris persuades his friend Cameron to take his fathers pride and joy into the city for the day culminating in it crashing through the garage and into the woods below as they were trying to reset the mileage.

Burt Reynolds drove one of these in the famous 1977 film Smokey and the Bandit where he played cat and mouse with local law enforcement. He is pursued across the state line by Sherriff Buford T Justice among others while trying to take the attention away from his truck driving sidekick who was transporting a truckload of illegal beer. The film helped make the Pontiac one of the most sought after cars in the US for a while. If you fancy emulating Burt you could pick one of these up nowadays for the bargain price of $8,000.

The moral of this story is never lend your car to four friends travelling to Las Vegas on a stag party as it will undoubtedly end in disaster. This is exactly what happened in the smash hit The Hangover where this stylish Mercedes Cabriolet was turned into a shadow of its former self by our intrepid quartet during a series of madcap adventures.

The five cars we have highlighted above are the tip of the iceberg when it comes to iconic movie cars. There are many, many more and I’m sure we all have our own favourites. I have to unashamedly admit that the cars chosen were picked really because of the film they featured in were personal favourites of ours.

Used Audi is here, take it out for a ride

Tips For Buying A Used Car